Save for Later. Shipping: Free Within U. About this Item Addresses the complex issues of security reconciliation and reconstruction in post conflict societies. This book discusses the issues in the context of possible solutions and lessons learnt in the field. The chapters offer a detailed exposition of the challenges facing post conflict societies by articulating the vision of a new society. Editor s : Ndulo, Muna. Dimension: x x Weight in Grams: Library markings to spine, with usual markings inside.

Combining wave after wave of anti-Tutsi propaganda, the insurgents continued to use the politics of hate as their mobilizing message, which they targeted at the northwest as the traditional headquarters of Hutu extremism. Thousands of people--including women and children--residing in the northwest appear to have participated in the attacks or at least provided information and logistical support, further confusing the line between civilian and combatant.

The insurgents destroyed the economy of the northwest, once the breadbasket of Rwanda. 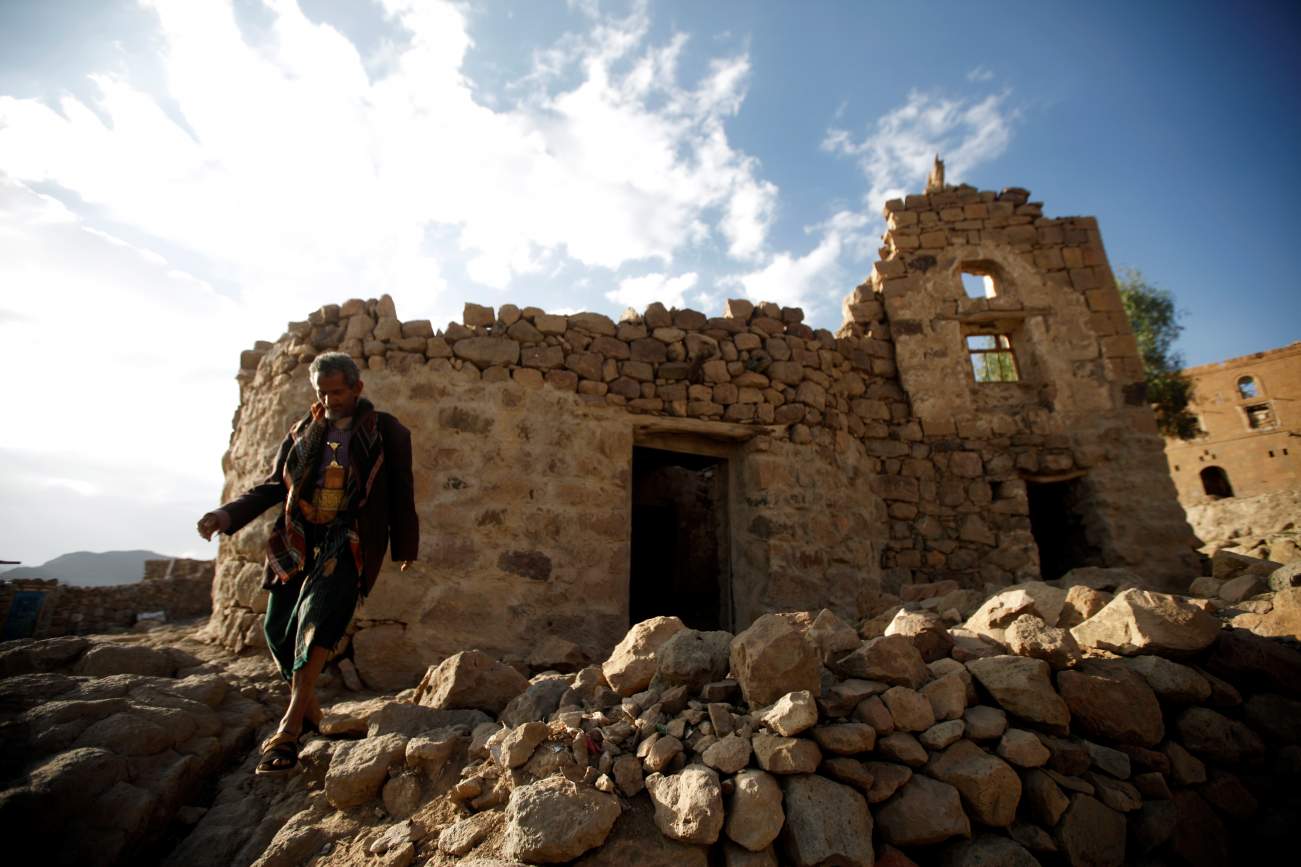 Families have been torn apart, and many fields left unplanted. Now, nearly a year after the insurgency has ended, nearly one-third of the population of Gisenyi prefecture is still living in tents and only half have access to their own land. Moreover, returning refugees have swollen the population by one quarter during the first half of The Rwandan army's counterinsurgency was itself often brutal.

Soldiers also conducted revenge attacks and in some cases extorted or looted from civilians. All told, thousands of civilians, genocidaires, soldiers, Congolese-Tutsi refugees, and prisoners were killed during this two-year period. Late in , the Rwandan government transformed its counterinsurgency strategy into a much more political and social effort, which within a year, broke the back of the insurgency.

Stability was restored to northwest Rwanda, although some human rights abuses continue. At the height of the insurgency in the northwest, human rights groups focused more on the nature of the counter-insurgency than the genocidal insurgency itself, rightly pointing out that Rwandan-government forces were committing abuses on a large scale.

But these analyses often exaggerated the extent of the government's abuses. Lack of clarity about who was actually being killed--civilian or combatant--in many cases further inflamed the situation, and the difficulty of accessing these areas made rumor and allegation the primary sources of "evidence" for much of the reporting during this period. No compelling evidence has emerged that the government's policy was or is to encourage these abuses. Rwanda's intervention in the Congo has come under heavy criticism in Africa and beyond. The events of late August in Kisangani, Congo brought further condemnation down on Rwanda and its neighbor Uganda.

In that sequence of events, Rwandan and Ugandan troops fought each other for control of a Congolese city far from the military front, raising further questions internationally about both countries' objectives and interests in the Congo. The clashes resolved nothing and led to a further deterioration in living standards in Kisangani, immediately increasing the number of malnourished children in that city. A static economy, severe demographic pressures, high levels of poverty and unemployment, and shrinking land holdings per family all add serious strains to conflict management and reconstruction.

If the economy is not structurally reformed to allow greater opportunity, the potential for violence will persist.

Similarly, the Burundian conflict has been displaced in part to Congolese soil. The principal armed Hutu-rebel groups are not party to the Burundian negotiations in Arusha, Tanzania. They continue to prosecute violent wars against the government, instigating even more violent reprisals by government forces against areas suspected of harboring insurgents. Civilians are often victims of attacks by both rebel and government forces. In mid-August, for example, allegations emerged of two massacres only a few miles from Bujumbura, in which over Hutu civilians were killed.

Another attack on August 28 against a Tutsi neighborhood in Bujumbura by Hutu rebels left nearly 40 civilians dead, including many children. One of our interlocutors described the current instability as "not a real war, but rather just a systematic looting of the population. Recent attacks are reaching areas that were previously safe. Amnesty International reports that the Burundian army killed up to civilians in Bujumbura Rurale between November and August The Burundian human rights organization Ligue Iteka published an open letter of alarm and protest to the political leadership, citing the increased violence.

This has sparked accusations against the FDD of creating tactical alliances with--and thus supporting--genocidaires. When the Lusaka cease-fire agreement is implemented fully and the Joint Military Commission, created under the agreement, begins to fulfill its mandate of disarming these militias, the FDD will be exposed and cut off.

Is there room for reconciliation on Syria?

Escalating violence in Burundi has created a precarious situation. The Tanzanian government needs to make a serious commitment to stop new incursions by rebels into Burundi from Tanzania. The Burundi government needs to rein in its army to stop abuses of civilians and to thwart any resumption of action by paramilitary groups. A concerted international effort is required to contain the violence that seriously threatens the peace process. A series of splits in the opposition has dissipated pressure on the government to share power more fully and undermined reform.

President Buyoya's coup in unified the army and reined in Tutsi extremists and militias. The success of the government's military operations against the insurgents increased rapidly.

Heavy recruitment tripled the number of men under arms. The Burundian army remains overwhelmingly Tutsi-led and hard-line in its defense of Tutsi interests. It is particularly sensitive about military reform and the possibility of some kind of integration with rebel forces as part of a future agreement, one of the FDD's main objectives. The military presents a major wild card should a peace agreement be forged, and President Buyoya will be expected to "deliver" the military in the context of any settlement.

Regional dynamics remain important in this regard; if the army believes Hutu rebels retain the capacity to attack from Congo or Tanzania, they will not demobilize or integrate the army.

Burundi is experiencing a major showdown between those willing to change the system and those strongly resisting change. President Buyoya seeks to build a cross-ethnic coalition that will slowly erode the influence of the extremists, but increasing violence and a lack of movement at the negotiating table have galvanized support for those advocating ethnic solidarity. As long as this low-intensity war continues, military officers on the government and rebel sides will remain ascendant.

Meanwhile, though, these power plays are impoverishing Burundi and shrinking day by day the country's economic prospects. Parallel economies are being established, in which smuggling and dealing in illicit contraband are becoming more and more lucrative, introducing a further source of instability. In fact, conflict throughout the region is slowly eroding the population's capacity to cope.

Since the beginning of , the number of people affected by the conflict has increased roughly 20 percent. At the time of writing, nearly four million people are in need of external assistance in the Great Lakes region. Much of the conflict on Congolese soil has little to do with internal issues in the Congo; it simply exploits the vacuum presented by the erosion of Congolese state authority. Ending insurgencies in Rwanda and Burundi, which are being played out in the Congo, would do much to stabilize the entire Central African region.

Although the Burundian insurgency affects South Kivu and parts of the Tanzanian border, as well as Burundi itself, it is the Rwandan genocidaires and the alliances they build that provide the greatest impetus to cross-border conflict. One of the most important strategies for ending the insurgency that is fueling the war on Congolese soil and heightening divisions within Rwanda would be to adopt a multifaceted approach of luring refugees and combatants back to Rwanda or--in the case of those accused of genocide--to face justice.

Such a strategy has not yet been clearly articulated but would require political, judicial, economic, social, and military elements, some of which are already in place, including:. In the process of developing a more effective counterinsurgency strategy in the Congo, lessons could be taken from Rwanda. The government's initial efforts to contain the insurgency in the northwest were brutal and one dimensional. However, over time adjustments were made, and the problem was addressed more holistically. The government realized it could not deal with the insurgency solely from Kigali, as the insurgents were mostly the sons and some daughters of many of the families residing in the northwest.

Consequently, it enlisted Hutu leaders from the northwest to help develop and implement a multifaceted strategy, which included:. These and other strategies drove the insurgents into the Congo and displaced the conflict onto Congolese soil, an outcome that benefits Rwanda but severely destabilizes the Congo. Success in the northwest is jeopardized, though, as a result of drought and unavailability of seeds and tools for those returning to their homes. This keeps malnutrition rates high, production low, and security problematic. To forestall another crisis, increased donor assistance must be forthcoming for basic humanitarian and reintegration requirements.

See Special Report on the Congo.

Second chances do not come along very often. We propose two main mechanisms:. The "Friends of" group could also help underwrite a demobilization program aimed at militia not implicated in the genocide, and support the reintegration of returning Rwandan refugees. Originally proposed at the March Entebbe Summit in which President Clinton and a number of African leaders participated, it is time to create such a mechanism for international coordination in genocide prevention in the Great Lakes.

Rwanda's perceived isolation in its efforts to counter the genocidaires is one of the reasons for its aggressive policies in the Congo. The formation of ICAG could go some way toward multilateralizing these efforts and reducing Rwanda's insecurities.